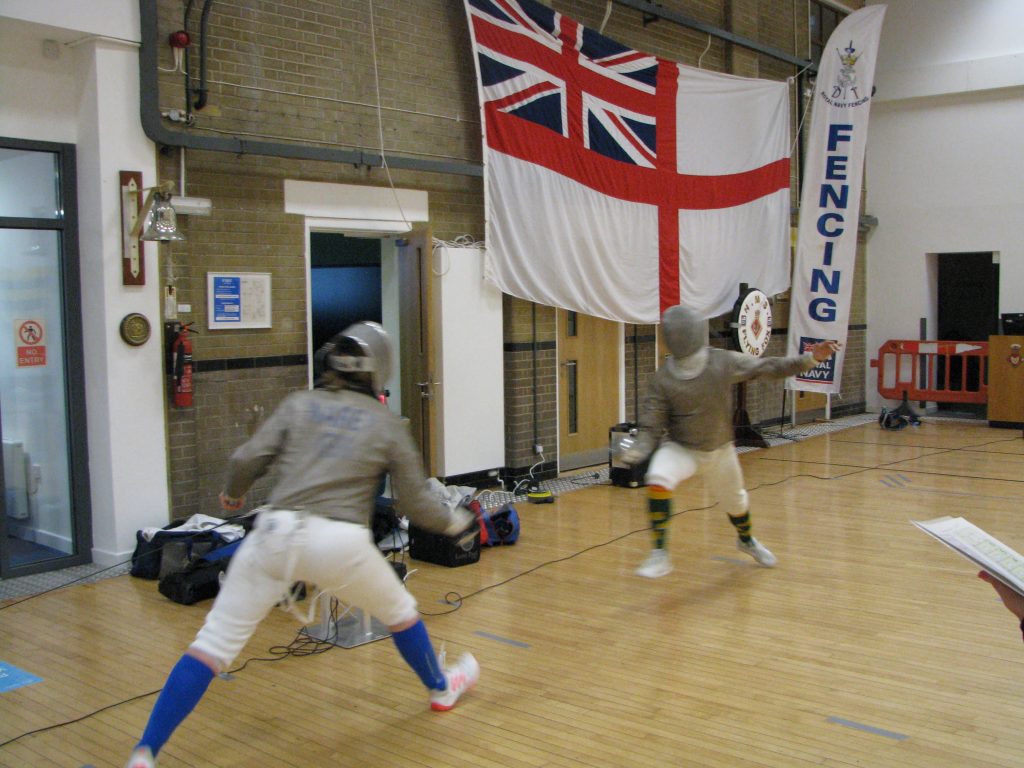 UK Vets sent a three weapon team to HMS FLYING FOX to fight the RN; teams were mixed, but due to manpower issues, the Navy were only able to field a single female, in the Epee. All the vets were local to the South-West area.
All the matches were closer than the score suggests, with some good fighting throughout the day – the RN discovered quickly that the Vets were there to be taken seriously, and the tempo of fighting increased steadily as the morning went on.
Ultimately the Navy proved too strong, and won in all three weapons, but only for honour!  There were several individual challenges after the match in all three weapons, the results of which have not been recorded.
All in all a good day of fencing, and the start perhaps of getting more intermediate team competitions going again in the regions – this is the Navy’s avowed intention over the coming two years, as noted by the soon-to-be-chair of Navy fencing, and Vet fencer, Lt Cdr Rubin Nash RN.