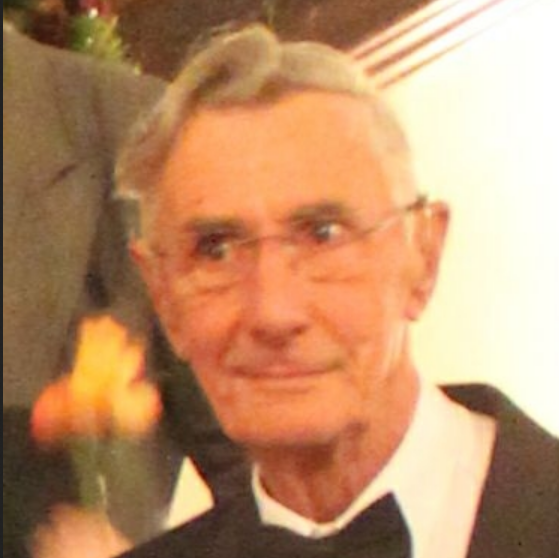 It is with regret that one of our long standing members has passed away. Our condolences are to Rosemarie. Bob and Rosemarie were married just short of 55 years.

Bob was Chairman for the first ten years of Veteran Fencing and represented Great Britain for ten years on the European Veterans Committee. Rosemarie joined her husband after winning in Malta.

Bob was part of Henry’s Army after arranging the transport mainly by minibus. His favoured weapon was epee although in later years he dabbled in sabre.

They both were involved in organising several events at Beaumanor Hall; Rosemarie doing the catering and Bob hosting with a drink. He liked to imbibe at functions abroad.

Bob had had a heart pacemaker fitted. He was in hospital for a kidney operation which went well then caught an infection.

So sorry to hear this. A lovely gentleman. Thoughts to Rosemarie.

Bob was a really lovely guy and I am very sorry to hear of his passing. My thoughts and sympathy to Rosemarie and his family.

Bob was a regular at West Midlands squad training on a Friday night in Birmingham. He was a proper gentleman.

Bob was a truly lovely man and a real gentleman. Condolences to all his family. May he rest in peace.

Bob was a great guy and a true gent. He will be sadly missed by all at the Stratford upon Avon Fencing Club. Our condolences to Rosemary and Family.

Deepest sympathy and condolences to Rosemarie and family. Bob was a really lovely man. A true gentleman.

Bob was part of the Vets furniture for 30 years. The members’ database shows he joined the NVA (which later became BVF) in 1988.

He was Chairman when I joined the NVA. He taught me a lot about committees and how they should be run, getting things done without the politics.

Going back to Lilleshall for the Winton brought back happy memories for him as he and Rosemarie used to go to badminton (or was it tennis?) summer schools there.

I shall miss him.

Bob was one of the gentlest of gentlemen. A twinkle in his eye a sense of fun and an endearing presence that just drew people to him to share the moment. I don’t remember a cross word.

I loved being in Bob’s company on the fencing trips, he was funny and a true gentleman. He represented GBR with distinction at Vet Competitions for many years.

My sincere condolences to Rosemarie and family.